Home Global English News The opposition has filed a petition in the Assembly for the election... 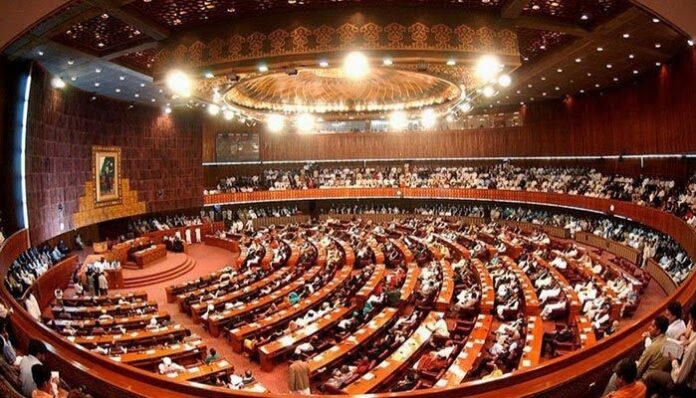 The opposition submitted a request to include the election of the Prime Minister in the agenda of the ongoing session of the National Assembly.

The opposition delegation reached the chamber of the Speaker National Assembly but Speaker Asad Qaiser was not present in the chamber.

The opposition has submitted a petition to Additional Secretary Muhammad Mushtaq, demanding that the election of the Prime Minister be included in the agenda of the National Assembly session.

The petition was submitted with the signature of Leader of the Opposition Shahbaz Sharif. A recusal of the meeting has also been submitted by the united opposition.

The requisition states that both agenda items should be included in the Order of the Day.