One Ten NewsOne Ten News
Home Showbiz Sonu Sood said Success in the showbiz industry is like holding your...

Indian actor Sonu Sood has said that living in the film industry requires awareness which is gained after many rejections and long waits.

According to the Indian Express newspaper, the Punjab-born actor acted in his first film in 2002 and then he was noticed in films like ‘Yawa’, ‘Aashiq Binaay Aapne’ and ‘Jodha Akbar’.

Sonu Sood likened waiting for success in the showbiz industry to “holding one’s breath under water”.

When you want to be an actor and come to Mumbai, you have to be prepared to fail, he said. There is no waiting and it is very painful. This is the time when you must face these challenges.

“I waited and kept myself strong. Success in the industry depends on how long you can breathe underwater. I held my breath for many years. Maybe it’s time for me to come up and say I’m alive. ”

He also worked hard for the well-being of the people during the Corona virus epidemic.

Sonu Sood will star in the Manbi drama ‘Prithvi Raj’ on the history of Yash Raj Films, starring Akshay Kumar. 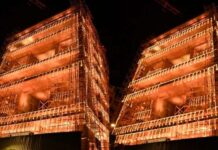 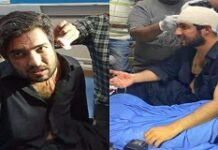