According to India Today, the first wedding ceremony in Mumbai on Wednesday will be a religious prayer.

Alia Bhatt and Ranbir Kapoor’s henna ceremony will also be performed to which family members and close friends have been invited.

The event is being held at Vastu Apartments, Mumbai. According to reports, the famous Bollywood couple will get married in Mumbai’s Vastu apartment where Ranbir Kapoor and Alia Bhatt have separate flats.

The night before the wedding began, the Vastu building was fully illuminated with decorative lights.

Pictures of the building gleaming with golden and pink lights are being shared on social media in India.

The next day of the henna ceremony will be Sangeet while the last wedding ceremony and leave is scheduled for April 15.

The actor-couple has not yet made any statement regarding their wedding celebrations but Alia Bhatt’s half-brother Rahul Bhatt said that security arrangements have been made and 200 guards will be deployed.

According to Rahul Bhatt, only 28 people who are close relatives and friends have been invited to the wedding. 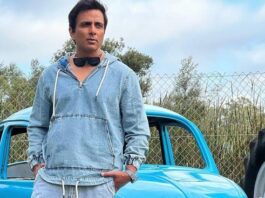 Sonu Sood said Success in the showbiz industry is like holding... 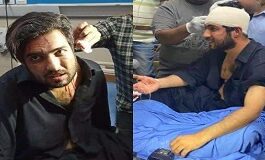