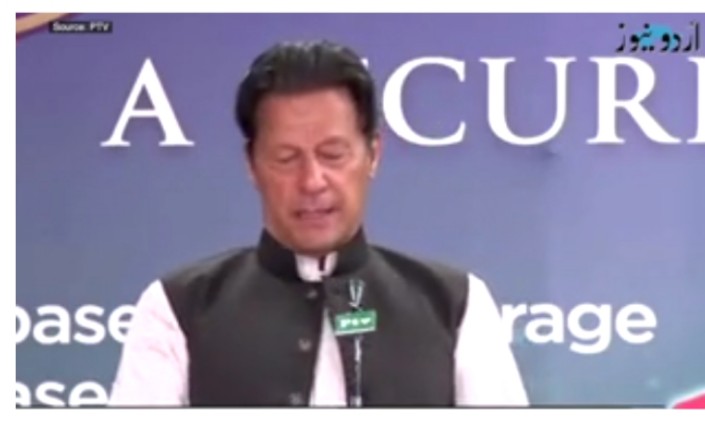 Prime Minister Imran Khan has said that he would show the “threatening” document (letter) to the representatives of the coalition parties and senior journalists today.

On the other hand, Interior Minister Sheikh Rashid has said that the Prime Minister will address the nation this evening. Addressing the issuance ceremony of electronic passport in Islamabad on Wednesday, Prime Minister Imran Khan said that a conspiracy was being hatched against Pakistan by external powers. “People think there’s a drama going on, there’s no drama going on,” he said.

We just want to defend the interests of our country, so we can’t tell people exactly which countries and who were the ones who threatened us. “ Imran Khan further said that regarding the letter, “it is suspected that Imran Khan may be doing this to save his government, so I decided today to share it with senior Pakistani journalists.”

The prime minister said, “Those who are unknowingly part of the conspiracy do not know how big of a conspiracy they are.” He added that he would show the document to journalists as well as representatives of allied parties.

He said that this conspiracy against Pakistan has been going on since the rulers were controlled on a phone against the national interest. Referring to the world powers, the Prime Minister said that they could not tolerate any leadership in Pakistan which would take decisions in the interest of their country. He said that Pakistan had suffered only loss in the war on terror, during which 3.5 million people were displaced and those who paid Zakat became Zakat recipients. “We sacrificed the country’s interest to benefit someone else.”

Prime Minister Imran Khan on the motion of no-confidence presented by the opposition said that “crises keep coming in parliamentary democracy, no-confidence is a legitimate democratic way.”

On the other hand, Federal Minister for Information Fawad Chaudhry wrote in his tweet on Wednesday that Imran Khan is a player who will fight till the last ball.