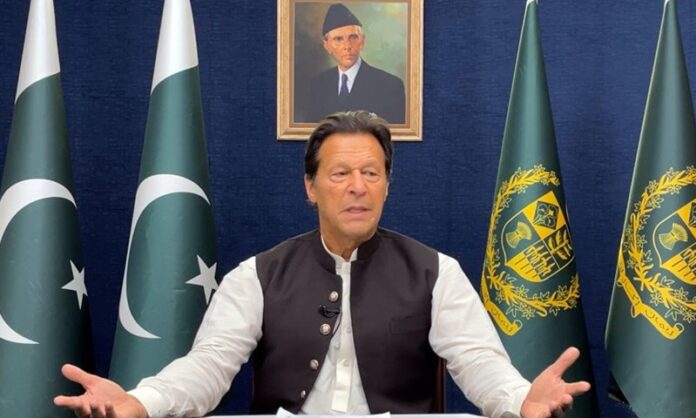 ISLAMABAD: Prime Minister Imran Khan has said that the powerful country was angry over his visit to Russia and asked why he left for Russia.

Can any country threaten another country to remove the government? Addressing the security dialogue in Islamabad, Prime Minister Imran Khan said that in our minds security always meant army and we never talked about security, security dialogue is very important for the future of the country.

He said that a society which cannot bring powerful criminals under the law, cannot be successful, in a society where the rule of law prevails, it also develops, the corrupt people of a poor country take their money out there, petty level corruption. It does not destroy the country but the main reason for money laundering is that the criminals are not punished.

Can’t protect The Prime Minister said that we tried to unite Saudi Arabia, Iran and Turkey, we have a big role to play in Afghanistan and we tried to move the peace process forward, my old friends got into trouble when I went to Russia over the Ukraine conflict.

Imran Khan said that the new Pakistan would have rule of law, welfare state and independent foreign policy and would not sacrifice the interests of its people for the sake of dollar aid.