Home Global Allegations of US involvement in mistrust are untrue: State Department 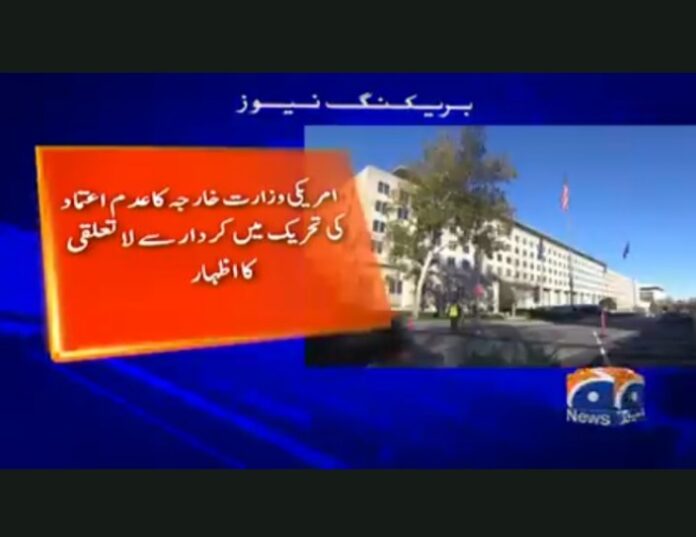 The US State Department has expressed dissatisfaction with Pakistan’s role in the no-confidence motion.

The State Department said it was monitoring the situation in Pakistan, respecting Pakistan’s constitutional process and supporting the rule of law in Pakistan.

It is to be noted that in his address to the public meeting in Islamabad on March 27, Prime Minister Imran Khan had waved the letter and said that the country was trying to change the government with the help of money, we were threatened in writing, I have There is a letter and that is proof. Opposition groups called for the beleagured PM to resign.